Scratching on Things I Could Disavow: A History of Art in Arab. world 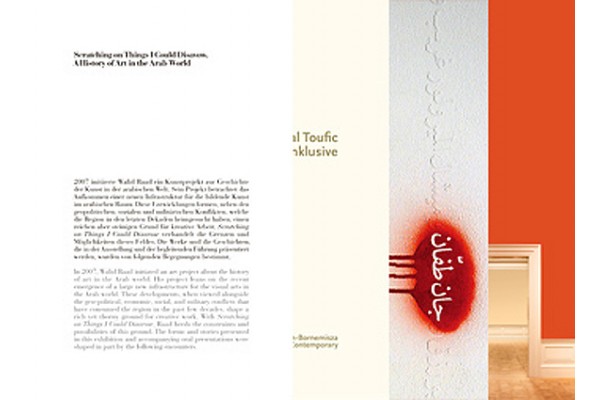 This book, for the first time, presents an anthology of The Atlas Group from 1997–2007 and reproduces the main visual and literary essays and articles by Walid Raad and The Atlas Group, including interviews and writings. The Atlas Group was founded by the artist as an imaginary foundation to compile an archive of a fictional nature on the contemporary history of Lebanon – notebooks, films, videotapes, photographs and lectures that attribute to fictional characters. This publication, designed and conceived by Walid Raad, complements the published volumes of his artist’s books. The publication has been produced alongside an exhibition at Culturgest, Lisbon, September – December 2007