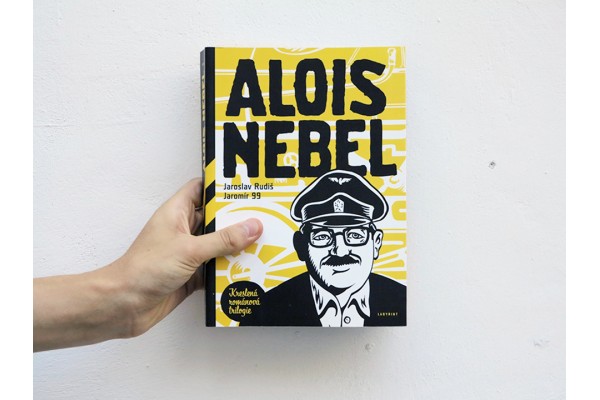 The new edition of the short stories cartoon trilogy Alois Nebel (Bily Potok, Central Station, Zlate Hory, 2003-2005 - augmented by alternate ending), published in one volume. The evocative black and white images protagonist Tells stories That Even after Several generations Affect the forgotten events. Tells the stories of seemingly ordinary people on the edge of society.
Once the track will take you everywhere, Even to Lisbon to Auschwitz, to the the his own past as well as to doubt That you left behind parents, relatives and friends. Tales of the century, Which we think is long behind us.
The main role of railway blues Acts Alois Nebel. Born under the sign of Libra in 1948 Frývaldov, formerly Freiwaldau now Jesenik. All the the his life at the track, as well as the the his relatives. Collects Timetables, sometimes goes for beer, sometimes in fog sees what others do not see. Most Recently he worked as a dispatcher at the White Potok. Then he trains passing through the station across the centuries, the Darkened mind.
ACCORDING to the comic's authors wrote the screenplay for a feature film director Tom Kite That Made in international co-production with the use of rotoscoping technology.