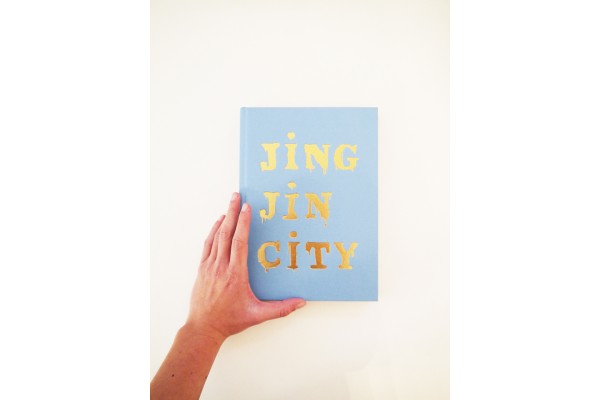 Jing Jin City (Volume 1) is a book about a luxury resort town near Beijing that has remained largely unoccupied since construction began in 2002. Produced by artists Andi Schmied and Lawrence Lek, the publication explores the physical structures and psychological undercurrents of the place and its inhabitants.

The city's four thousand mansions exist in various stages of incompletion, set around a Hyatt Regency Resort Spa, horse racing track, and 18-hole golf course. The place is maintained by a small army of caretakers who also make up most of its permanent population. Lacking tasks to complete, they spend their time wandering the streets, occupying the homes they are meant to guard, building constructions in living rooms, and adapting the city to their needs.

Readers are presented with a three-part travelogue through this landscape, exploring the unique way of life that has emerged through the city's lack of use. The book is divided into three contrasting chapters that blend reality and fiction. Each chapter reflects a particular sensibility belonging to the city and its residents: a sense of absence, a sense of ownership, and a sense of time. These states are shown through interwoven sequences of photographs, texts, and renderings. Also included is an appendix containing reproductions of promotional materials from the developers of Jing Jin City