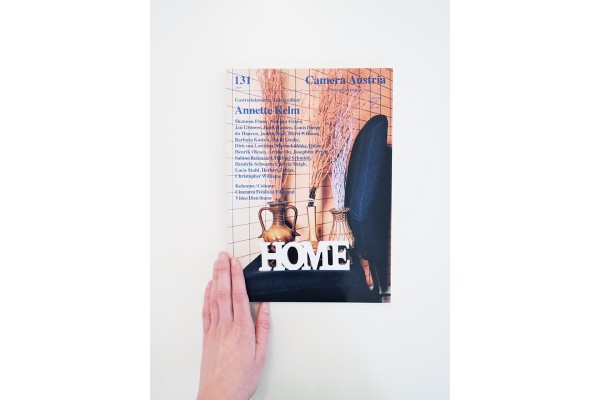 Once again we have decided to conceptually develop an issue of Camera Austria International together with an artist—after working with guest editors Tobias Zielony (Camera Austria International No. 114/2011) and Artur Żmijewski (Camera Austria InternationalNo. 117/2012), we have now invited the artist Annette Kelm to design the present issue with us. Annette Kelm has long been associated with the Camera Austria organisation, with our exhibition space and the magazine: after being featured in a main contribution to issue No. 102/2008, a solo exhibition in Graz curated by Maren Lübbke-Tidow was to follow in the year 2009, along with many discussions about her various exhibition projects.
Our interest in Annette Kelm’s artistic activity is sustained by her continuity in making pictures, which has always drawn on her cultural environment—people, objects, artefacts never assume the function of pure indices but rather become independent arrangements, “for all those who behold her pictures tend to grapple with the motifs” (Maren Lübbke-Tidow). So it is this contradiction between literalness and mystification that, in our eyes, makes her works appear exemplary for a productive occupation with present-day contexts related to photography.