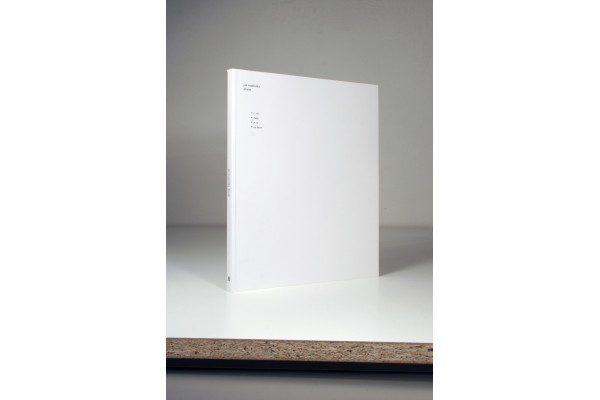 The book presents a complete overview of the art projects completed from 2003–2007 of one of the most successful Czech artist of the young generation, Ján Mančuška (1971–2011)

Absence is an artist’s book; it is not a dry document but rather plays with the function of a book itself. It is divided into two sections.The first, the textual section, arose in cooperation with theorist Vít Havránek, and in several essays the authors define the basic concepts and principles of Mančuška’s thought.The second part of the book maps Mančuška’s work through a series of photographs of installations, sketches, texts, and descriptions. The works of Ján Mančuška are of the nature of specific investigations. In them the artist deals primarily with ways of telling stories, with different speeds of time, or attempts to work with the perception of the viewer in the exhibition space. Through three-dimensional objects, installations, performances, videos and film, he creates authentic thought models and maps of every day experience. He often works with text – language, which is isolated into the form of grandiose time-space installations. He is fascinated with plurality, simultaneity, non-linearity and fragmentation.