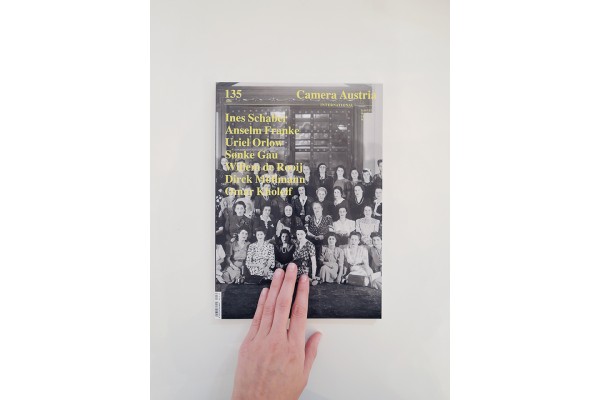 History is equally a question of knowledge and narration, and very much a question of the position from which it is told,” writes Anselm Franke in his essay on the works of Ines Schaber. He also writes that “a society receives its characteristic imprint at the margins.” With these words, Franke not only approaches the political core of Schaber’s works; he also sums up the key interest of the present issue: the image’s oscillation between the visual and non-visual, between seeing and knowing, a resonance between words and images that harbour an unnamed location from which they show things and from which they show themselves in order for something else to simultaneously disappear. And it’s not only images that are missing; something is also missing in the images. This absence, however, is not simply invisible; rather, it marks the basic ambivalence and controversy of the images: as appearance, as classification, as narrative, as history, as politics. It is the location of the images’ unrest and of their role in the generation of meaning.