Life After Zog and other stories – Chiara Tocci 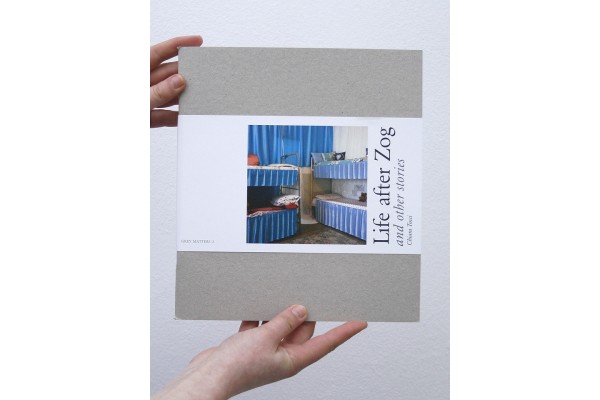 As a child, in the early nineties, Chiara Tocci witnessed streams of disillusioned Albanians docking on the coast of her hometown in Southern Italy, installing in her a fascination for this enigmatic land and its people. Running away from a hopeless future, towards something equally uncertain, they left Chiara with questions about who and what was left behind, prompting her some years later to make a photographic journey to the remote areas of High Albania.
The resulting work depicts this country as an enchanted place, a place with no time, inhabited by people who share the land with their ancestors’ ghosts.

Chiara Tocci, born near Bari, Italy, 1982, gained a degree in Journalism from the Università di Firenze in 2006 and a BA (Hons) in Documentary Photography from the University of Wales, Newport in 2010. She is a UK-based photographer and combines her art practice with occasional commercial work, commissions and teaching. After graduating, she won the Portrait Commission at the National Museum Wales and National Portrait Gallery, London in 2010.
The series Life after Zog won the Honorable mention at the Project Competition at Center, Santa Fe in 2011, and in 2010 it was the recipient of the Marco Pesaresi award. Her first solo show Life after Zog took place in September 2011 at Sifest (Savignano sul Rubicone, Italy) and is scheduled to be exhibited in the Fnac galleries in Italy.

Grey Matters is a series initiated by Schilt Publishing featuring top-class photography from both emerging and established photographers in beautifully designed and printed booklets, all with a grey carton cahier cover with banderole.
The advantage of this way of publishing is that everyone can now buy outstanding work from great talents for much less than what a “normal” photography book would cost.