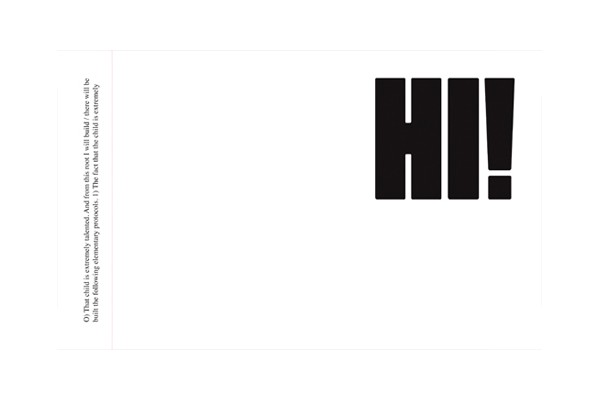 This collection includes schemes, diagrams and drawings / sketches / projects alltogether with texts created from 1994 to 2011.

The book one is portrait oriented, the book two is landscape oriented, divided one from each other by perforation of the page, the paper.

Ondreička calls his way of experimenting with the text „Ramblers“, in both of its potential meanings. On one hand the peregrination in the inside-out territory of cognition, memorizing and expresion, „Intimacy vs Outimacy“, where one is trapped by „smog“ of disturbing perceptive impulses which stretch his/hers mind through all senses and „kidnap intended attention“... hallucination, delirium... On the other hand, just like wild ivy, slightly venomous, slightly creepy, which expands its peduncles simultaneously to all directions.