How to Make a Mask – Pedro Barateiro 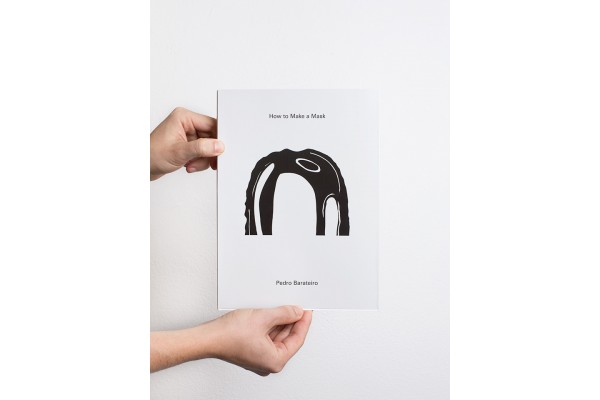 How to Make a Mask borrows its title from one of Pedro Barateiro’s performances in which the artist reflects upon the role of the individual within the sociopolitical situations of the collective through references ranging from psychological tests to the history of theater. By sharing the same title as the performance, the publication acknowledges the central role this piece has attained in terms of understanding and articulating Barateiro’s ongoing inquiry into what modes of being in the world we are able to (re) produce. It was developed and first presented in a period in which social media exposure started defining new forms of personal interaction, only to be further mediated by technology and interpreted by algorithms and bots whose sole purpose seems to be to satisfy our immediate desires. It is now apparent to us, after all these years, that such new forms of communication and interaction are easily manipulated, facilitating new forms of political control.

Along with the artist’s own writings and visual material, this volume features new essays by Ana Teixeira Pinto and Anders Kreuger, an epilogue by Pieternel Vermoortel and Els Silvrants-Barclay, and an extended note by the editors João Mourão and Luís Silva.